We moved to Kenmore in 1952.  We moved in to a duplex at 80th NE and Bothell Way. I remember Walking with my brother from there to the café at Lemm’s corner.  We passed restaurants starting with the Eagle Inn, Blakes, Bob’s chicken Place, The Gourmet and the Wishbone.  The Dance hall was tucking in in back of the “Blakes”.  One time Conrad and I stopped at the Gourmet to have a piece of pie.  We were ragamuffins and were definitely under dressed.  The took us in and gave us a lemon pie tart and

Didn’t charge us.  We thought that was really great.  I guess they knew a Chinese family had moved in.

That summer we served Chinese style food along with regular American fare.  This was the first and last time we all worked together as a family.  We worked at least 10 hours a day.  I was 12 and I worked in the kitchen with Dad.  I did the peeling of prawns and potatoes etc. and washing dishes.  Conrad and Wayne waited on tables and keep the front clean.  After school started then dad ran it himself and no more Chinese food.  I worked before school and after school.  Conrad and Wayne had school functions.

That first Christmas Kenmore had a Christmas party and the community center across the street.  This was the old days when everyone was invited.  I remember that Christmas because of a grocery employee

Sang Christmas in Killarney.  He did the accent and danced also.  This was a significant memory for me.

Also, that summer Conrad and I took some time off to go camping up past Camp Mason near Snoqualmie pass.  We hitchhiked there and camped at the first lake on the trail which was Blue lake.  We only had food that night and breakfast the next morning.  We planned on catching our food.  We spent half of the day finding lake kula kula.  We fished for about 3 hours and didn’t catch anything.  We finally attracted a large trout with a flatfish lure and then I let it go to long and it got stuck on the bottom and I lost it.  We hurried to put on a spinner and look for some worms.  When we got back in the fish was not interested and left.  Conrad ate a left over raw potato that Wayne left there a week or so before.  We decided to leave about 6.  It was getting dark and we had no food.  We got down to the road and started hitchhiking and reached to Hilltop café in Bellevue.  Someone gave us some free soup and a dime to call home.  That is the last memory I had till I woke up in the morning.  I was asleep and was carried to the car and to bed.  That was quite a trip in retrospect.

That summer we had no baseball basketball or any type of sport.  Kenmore and Bothell had no facilities compared to North bend or Kirkland. 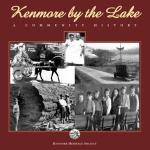 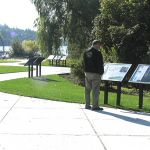 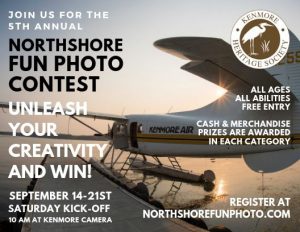