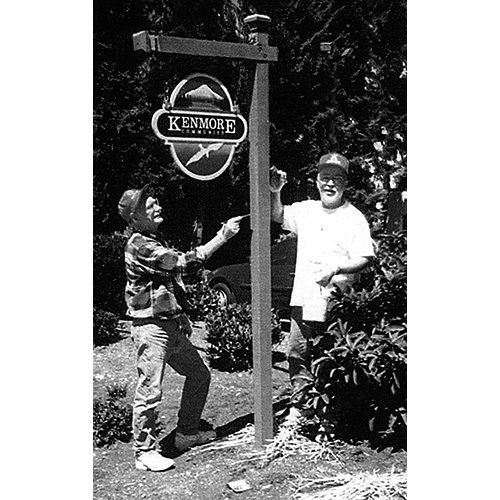 Dick Taylor (left) and Jack Crawford painted the Kenmore signs along Bothell Way in September 1998 after Kenmore was incorporated the previous month. Crawford, the city's first mayor, and Taylor, the second mayor, volunteered their services only to discover later that the signs belonged to the merchants, not to the city. Photo by Char Crawford