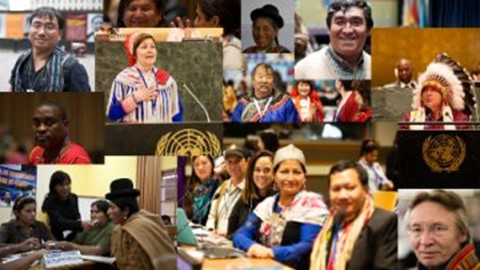 The International Day of the World’s Indigenous Peoples is observed on 9 August each year to raise awareness and to protect the rights of the world’s Indigenous populations. This event also acknowledges the achievements and contributions of Indigenous people. This recognition is celebrated around the world and marks the date of the United Nations’ 1982 inaugural session of the Working Group on Indigenous Populations.

The expression Indigenous peoples is commonly used to identify ethnic groups who are native to a land or region, especially before the arrival and intrusion of a foreign culture and people. They may include distinct groups of people whose members share a cultural identity that has been shaped by geographical region. A variety of names are used in various countries to identify such groups, but they generally are regarded as the original inhabitants of a territory or region. Their right to self-determination has been affected by colonizing ethnic groups.
Despite the diversity of Indigenous peoples, they often share common problems and issues in dealing with the prevailing, or invading, society. These concern the cultures of Indigenous peoples that are being reduced or lost, including that Indigenous peoples suffer both discrimination and pressure to assimilate into their surrounding societies. These trends are counter to the importance for the human species as a whole to preserve as wide a range of cultural diversity as possible, and therefore the support and protection of Indigenous cultures is vital to this enterprise.

In our current era, and especially now for the many Indigenous peoples overwhelmingly impacted by COVID-19 worldwide, plans to build back better and adjust outdated social contracts need to strengthen listening to their voices, needs, and concerns; obtaining their free, prior, and informed consent; and incorporating their collective and individual rights, for example those described in the United Nations Declaration on the Rights of Indigenous Peoples.