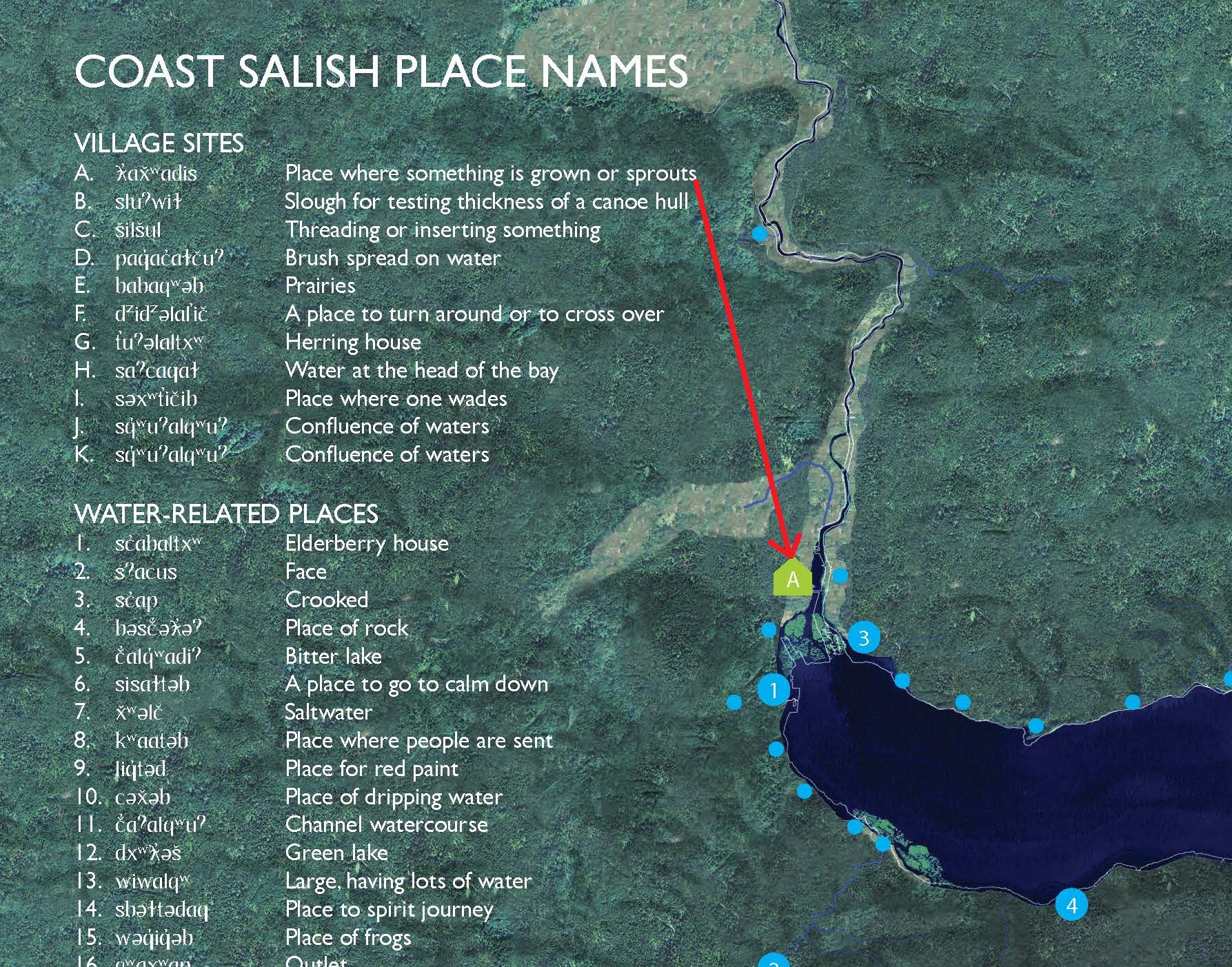 Tl’awh-ah-dees was one of several sites along the slough that made up the winter quarters of the Meanderers. The park (formerly known as Squire’s Landing) was given this name to honor the Coast Salish Village people who lived  in the area we now know as Kenmore.

TWO HUNDRED YEARS AGO, Native Americans were the only people living in what is now the Kenmore area. They worshiped and played, sang and danced, quarreled, loved, and died here. They lived on the waterway that later became known as the Sammamish Slough (Sammamish River), which they called Sts’ahp (“crooked,” or “meandering”). They were the Sts’ahp-absh (“people of the Sts’ahp”). They were the Meanderers.

Their village was located where the Sammamish Slough enters Lake Washington. One map shows the village near present-day Swamp Creek. The settlement was called Tl’awh-ah-dees (“something growing or sprouting”). Nearby was a spot that may have been a gathering place. It was called Stah-tahb-uhb (“many people talking”). Swamp Creek was Tuhth-q’ahb (“the bark of a seal”). Lake Washington was simply Hah-chu (“the lake”). Tl’awh-ah-dees was one of several sites along the slough that made up the winter quarters of the Meanderers. In addition, six other villages of Hah-chu-absh (“lake people”) dotted the shores of the lake, some as nearby as the later sites of Kirkland, Lake City, and Lake Forest Park.

The Meanderers had close marriage ties with the Kirkland village located at the mouth of Juanita Creek, and the S-tsah dialect indicated they were also closely related to the inland Snoqualmie. The way of life for the Meanderers was probably always being modified to some extent because they traded with other tribes and families in every direction.