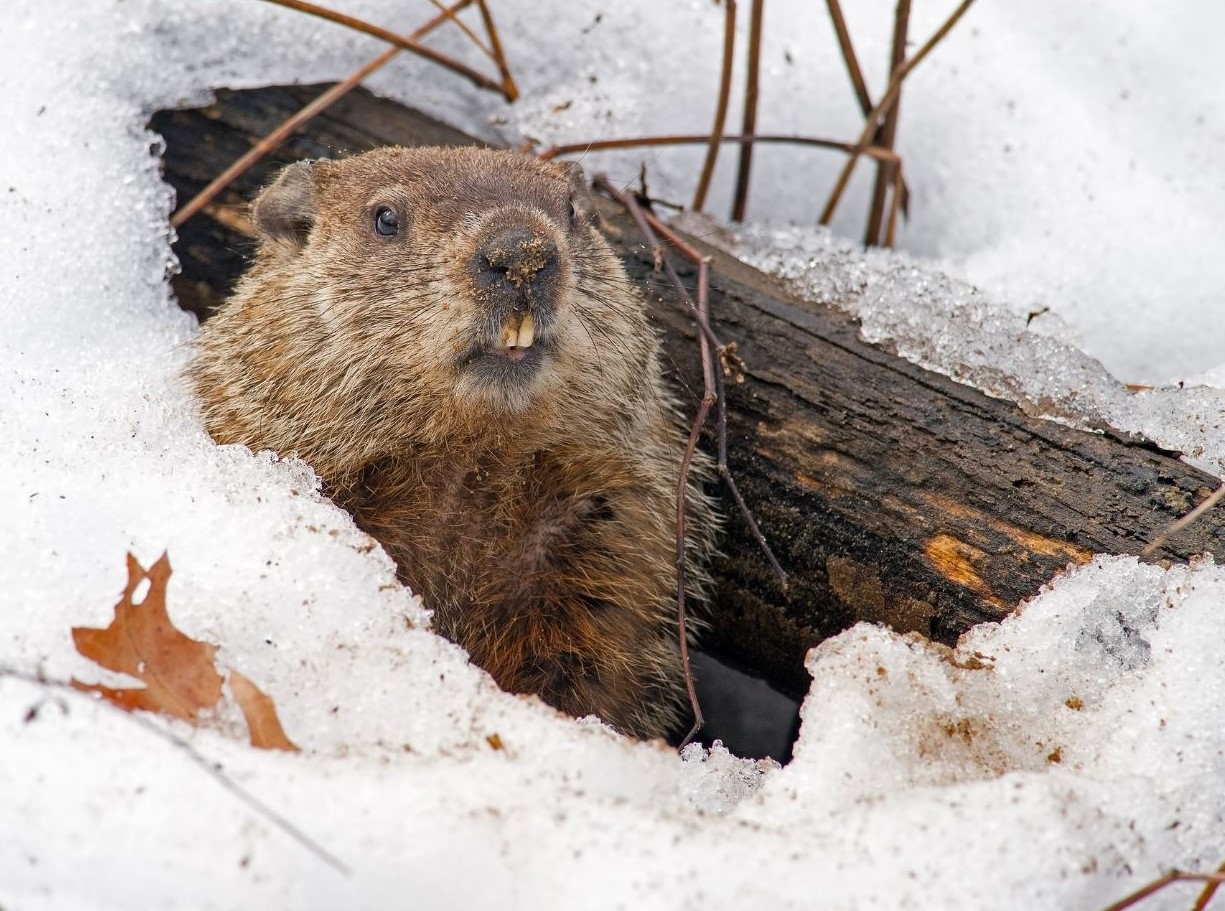 In the Middle Ages on the European continent, villagers marked Candlemas Day, which is half-way between the Winter Solstice and the Spring Equinox. The weather conditions on that day were believed to be a predictor of how much longer winter would last. The observance came to North America with German settlers in the mid-19th century. Some historians suggest that our current style of celebration took hold around 1887, and has both European and Native American origins. While the Germans who moved to the Pennsylvania region may have associated the seasonal transition with a hedgehog back home, the Delaware tribes already living there included groundhogs as spiritual guides who could lend wisdom to their own knowledge about seasonal changes. Groundhogs emerge from their 3- to 6-month hibernation when it is still cold, and which is earlier than some other winter-sleepers, so their timing for predicting seasonal changes is dependable.

A traditional German poem tells us:

For as the sun shines on Candlemas Day,

So far will the snow swirl until May.

For as the snow blows on Candlemas Day,

So far will the sun shine before May.

Will our furry Phil see his shadow this year? Will we be in for 6 more weeks of winter? We’ll find out on February 2nd.

There’s a lot more to know about Groundhog Day! Try your hand at the following trivia quiz, then impress your friends on your next ZOOM call. (Answers are below.)

Quiz source: I Love to Know offers a free, printable version of this quiz at their website.