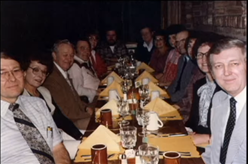 In 1979, though Kenmore was not yet an incorporated city, a group of citizens from the local Chamber of Commerce established an Image-Building Committee to promote pride, goodwill, and positive image for the Kenmore community. 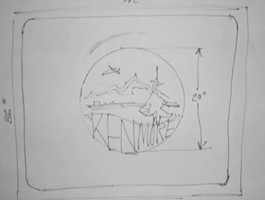 After some deliberation, the committee agreed that a brightly colored flag would be festive and foster unity. They quickly set out to design an emblem that would feature some of the best elements of the community–a flag that would convey not only the past, but also look forward to the future. 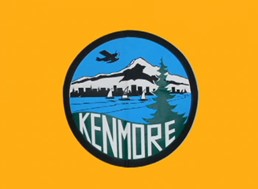 The final design pictured white-capped mountains and evergreen trees to show the beauty of the surrounding area. The black silhouette of a row of high-rise buildings hinted towards future growth. A seaplane flying over a line of sailboats on calm waters depicted not only the recreational opportunities and services available in Kenmore, but also conveyed the idea that the area was a peaceful place in which to live. The Image-Building Committee hoped the flag would show the beauty, progressiveness, and tranquility of Kenmore and its future.

After soliciting public input, the committee gave their ideas to Robert Crookshank, a staff artist for a local monthly magazine called The Suburbanite. He generously volunteered his time to design a logo that would represent the committee’s vision.

To celebrate the unveiling of the new flag, Kenmore hosted a unique flag dedication ceremony on October 5th, 1980. It was attended by a crowd of residents and local leaders. The notable emcee was Frosty Fowler, a former Seattle radio talk-show host and Vice-President of Public Relations at Shoreline Savings and Loan. To highlight some of Kenmore’s history, the flag was brought to the ceremony in four distinct phases.

Phase 1: In the first leg of the journey, Donald Able of the Mountain Men carried the flag as he paddled down the Sammamish Slough and into the middle of Lake Washington. 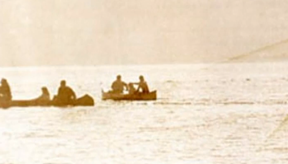 Phase 2: Kenmore Air Harbor seaplane pilot, Ken Brooks, was the star of the next leg of the trip. He flew a seaplane in a turn around Kenmore, landed back in the lake. 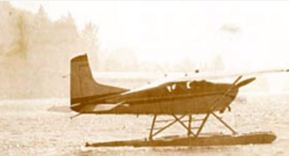 Phase 3: Ken Banks handed the flag off to bicyclist Robert Reddick who handed it off to the Interlake Mountain Men, a local encampment and reenactment group. 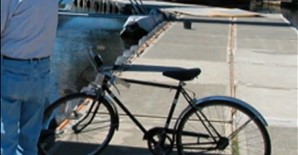 Phase 4: The Interlake Mountain Men completed the final leg of the journey as they escorted Tammy Able, who held the flag as she rode Crusty the donkey, to the dedication site at NE 181st Street and 68th Avenue NE. 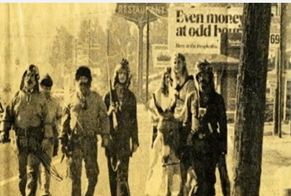 As part of incorporation on August 31, 1998 David Maehren, co-chair of the incorporation committee, and Alga Jansen, a graphic designer, went to work modifying the original logo. In September a new design was adopted, one that featured the city’s official bird, the blue heron, and an addition to the city’s name at the base of the logo. On this new flag, the city was to be known as “Kenmore by the Lake.” Out of respect for the new and original flags, the original committee members petitioned the city to proclaim an official day to honor their new banner. So, on May 8, 2000, August 31st became Kenmore Flag Day.

Now, when you see Kenmore city’s flag furled at City Hall, hopefully you will be reminded of the message of unity and goodwill that those original committee members hoped a new flag would represent. The city of Kenmore is indeed a place where you can love where you live.
Thanks to those original committee members, we have a symbol befitting our city’s past as well as its future.
Based on a video script written and edited by LeRoy Anenson and L.G. “Bud” Eaton
Government Historic Kenmore No Comments 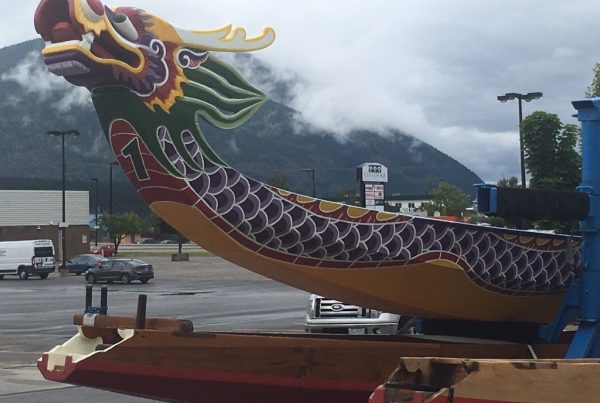 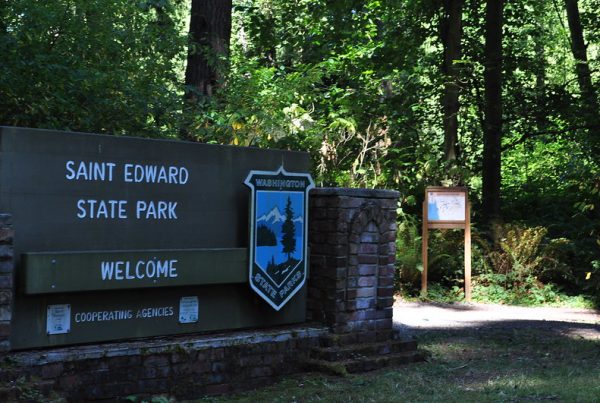