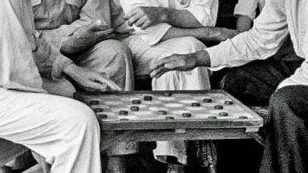 Henry Jang was my childhood rival and mentor at the game of Checkers. I was eleven years old when we started playing. That year was 1958. Checkers was popular then with children. My family moved to Kenmore, from Lake City, in 1953. Our home was 1.5 miles north of the Hot Cake King near the Snohomish/King County line. Our grandparents lived in Lake City so I remember waiting on the wooden sidewalk for the “city” bus at Lemm’s corner. Looking at Bothell Way, Lemm’s tavern was on my right (west); the Hot Cake King on my left. I would drop in to say hello to Mr. Jang…at some point we started playing checkers. My checkers playing with Henry became so frequent that he suggested we play for 5 cents a game. I never won. Each loss, however, meant I needed to collect more refundable soda and beer bottles along the local roads to enhance my Checker’s kitty.

Henry Jang gave me a lifelong gift. He helped me develop strategic thinking skills in Checkers, which also proved applicable to other challenges I would have throughout life. The paramount importance of appreciating “defense” became apparent and it set the stage for firmly playing offense as needed. I attended Kenmore Elementary. The school sponsored a Checker’s Tournament when I was in the 5th and 6th grades (1959-1961). For both years, I was symbolically crowned the “Checker’s King” for the school … and it was all attributed to the kind man I knew as “The Hot Cake King.” I thank Gary Jang, Henry’s son, for suggesting I relive and record this memorable experience with his father (November, 2020). 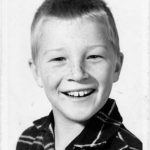