“Every year on the last Wednesday in April, International Guide Dog Day honors guide dogs and the amazing work these companions do for those who are blind. Johann Wilhelm Klein is credited for coming up with the idea for a guide dog. Klein was the founder of the Institute for the Education of the Blind in Vienna. In 1819, Klein wrote about a method for training guide dogs. In 1847, Jakob Birrer, a blind man from Sweden, wrote how he had specially trained his own guide dog.

The concept of guide dogs didn’t become popular until WWI.

Soldiers returning home from the war had become blind from poisonous gases. Dr. Gerhard Stalling from Germany came up with the idea of training mass numbers of dogs to help the men. In 1916, Stalling opened the world’s first guide dog school. Eventually, more guide dog schools sprang up throughout Germany. The schools trained a total of 600 dogs a year. Along with ex-soldiers, the schools provided guide dogs to blind people throughout the world. Due to a reduction in dog quality, the schools were eventually forced to close.

In the 1920s an American dog trainer named Dorothy Harrison Eustis helped to relaunch the guide dog movement. Eustis helped train America’s first guide dog. In 1929, she founded the Seeing Eye School in New Jersey. Today there are guide dog schools in Europe, Japan, Australia, and North America. Thanks to these schools, guide dogs have helped transform thousands of lives.” 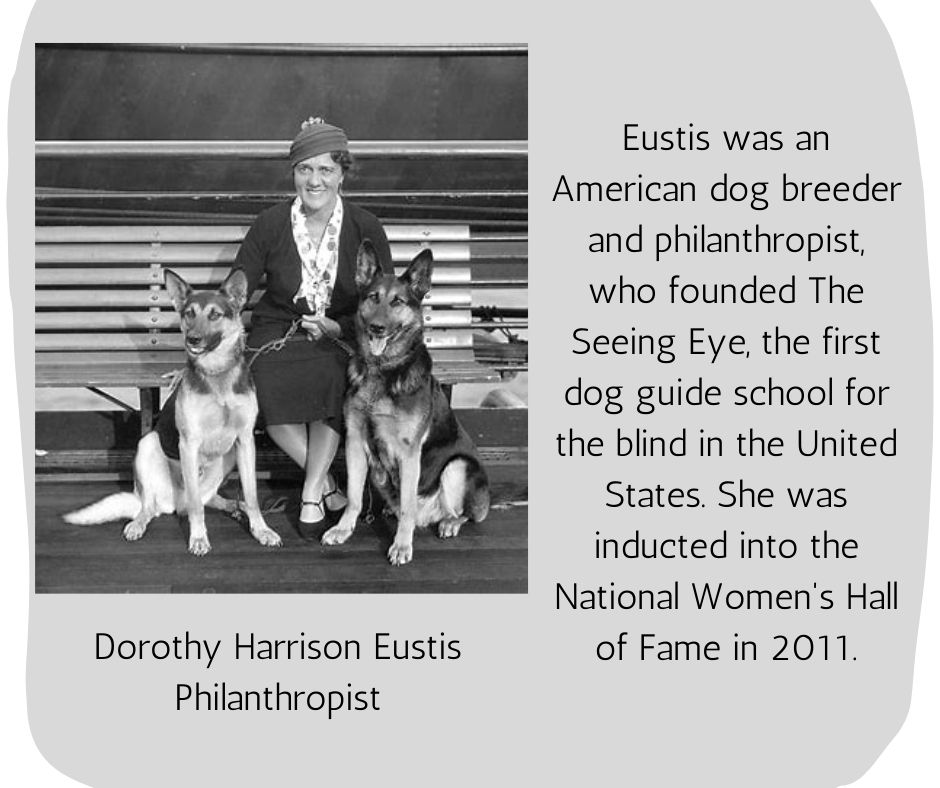 Give Recognition or learn more

The IGDF also details a fascinating timeline of how efforts to use dogs as helpers for the visually impaired date from the 1700s. Here are some ways to give recognition to these skilled companions, or to learn more about them:
News & Events No Comments