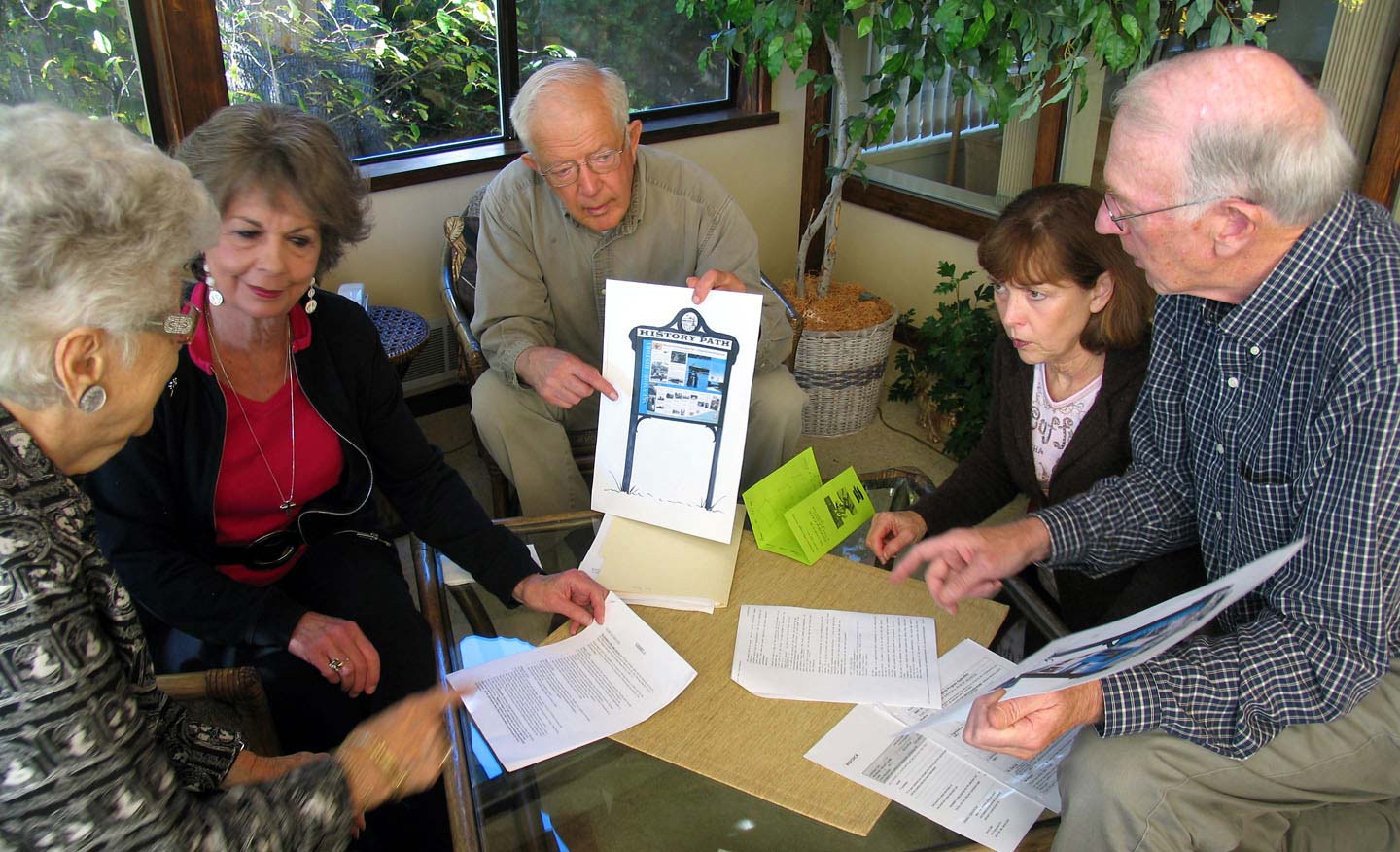 It was 2007. Four years had passed since Kenmore Heritage Society published its award-winning Kenmore by the Lake, a Community History. Tom and Bobbi Traeger, the moving forces behind that effort, were considering a next Kenmore historical preservation project.

A museum, although a grand idea, was too big in scope for serious consideration. The Traegers settled on a gazebo-type structure in which would be displayed a number of interpretive signs giving an overview of Kenmore’s history. It was to be installed in the Log Boom Park area, and Tom prepared a draft drawing of his vision. As the idea developed, KHS learned about permitting, wetlands, and other challenges that complicated the proposed gazebo project. 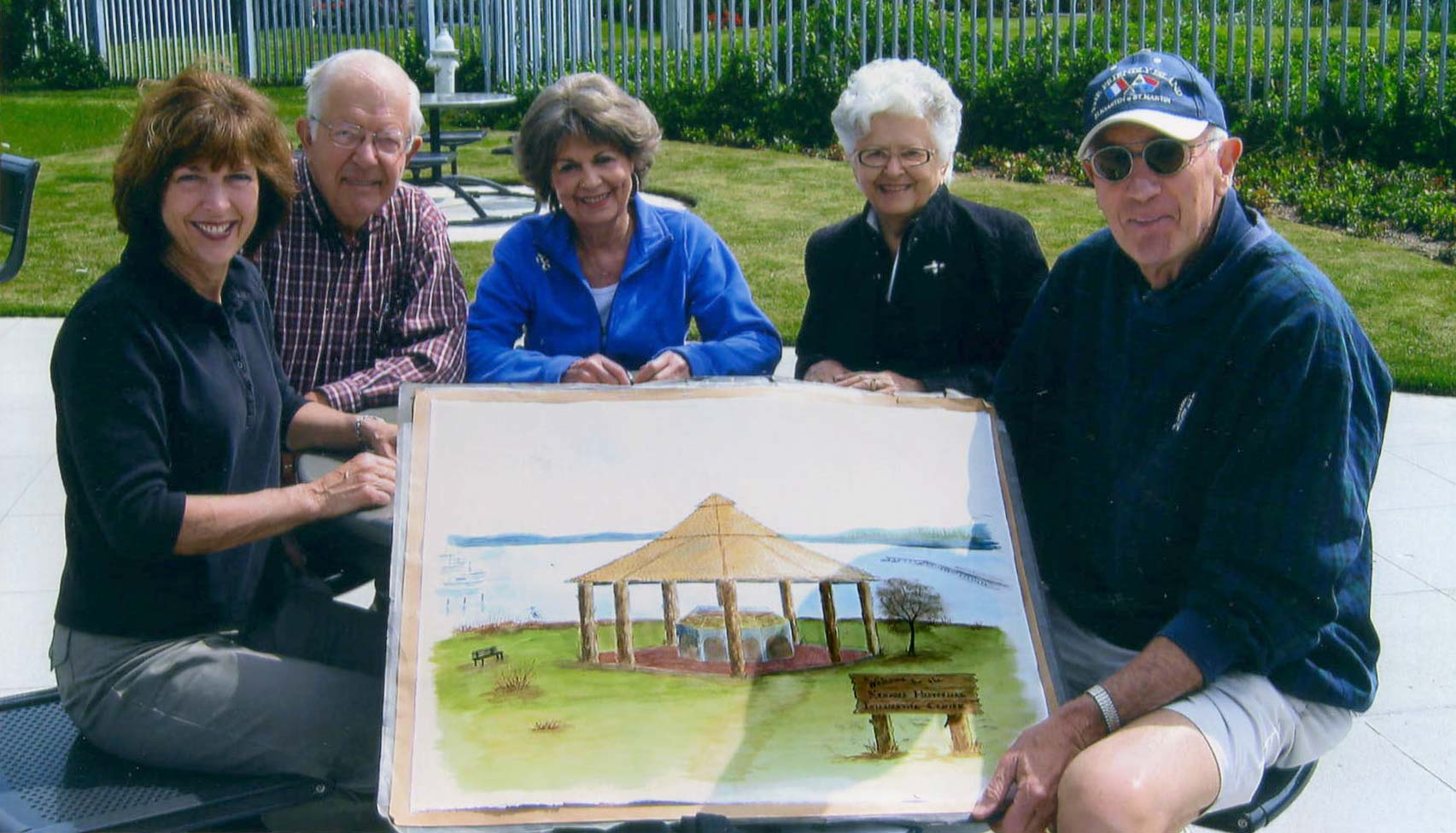 Soon the gazebo idea was abandoned, and discussion centered on a series of ten interpretive signs placed along the path leading to the fishing pier at Log Boom Park. The signs would be based on chapters of the history book. Tom, Bobbi and the committee researched types of signs, fabricators, laminate versus porcelain, sign bases and the various finishes available for them.

Who would design the signs? Betty Watson, who designed the history book, was the perfect candidate, and an agreement was reached with her to create the artwork for a matching series of ten signs, plus a larger entry sign. A California company was chosen to create the panels and construct the stands. The finished signs were delivered in mid-2008. The City of Kenmore Parks Department handled installation.

On a beautifully sunny day in October of 2008, Kenmore History Path was officially dedicated by Jack Crawford, president of Kenmore Heritage Society. Sadly, Jack passed away the following December. The History path has since been dedicated to Jack, with a plaque placed at the base of the large entry sign. You are encouraged to take a stroll down the curving Kenmore History Path at Log Boom Park and learn much about Kenmore’s colorful history.

The History Path was dedicated October 15, 2008. Jack Crawford, President of KHS, waits to begin the ceremony as folks gather at Log Boom Park