In 1976, my husband and I were searching for a home roomy enough to hold our restored 1924 theatre pipe organ. We found what we were looking for in Kenmore, just up the hill from the drive-in movie theatre. Can you believe we watched movies—silently with binoculars—from our bedroom window?

Pheasants, quail, raccoons, and possums roamed among the fir trees and blackberries, and native shrubs were abundant in the woods behind our home. The Burlington Northern train tracks were still in place, later to become the Burke-Gilman Trail. Ostroms Drugs was still in Kenmore Village, surrounded by a succession of business enterprises in adjacent storefronts — from the Wigwam store to a state liquor store. Then, as now, Kenmore was small enough so that one person could make a difference.

Retirement in the early 1990s gave me time for volunteering, and where better to pitch in than in one’s back yard?

Volunteer opportunities can appear quite unexpectedly. The reader board erected in 1978 by the Kenmore Baptist Church on Bothell Way provides humor, encouragement, and on occasion, important local news. In the early 1990s, the sign encouraged passersby to attend a meeting at Kenmore Junior High to explore the pros and cons of Kenmore incorporating as a city. Ah! This was important — a perfect opportunity to get involved.

Kenmore voters had rejected incorporation proposals three times between 1950 and 1970 but local opposition receded when passage of the state’s Growth Management Act in 1990 raised the prospect of unincorporated Kenmore being annexed by one of the cities around it. This did not sit well. 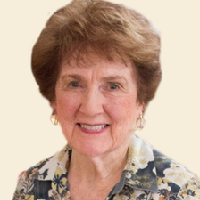 Jo Ann Evans – A Montanan by birth, Jo Ann has been a Kenmore resident since 1976. She played an active role in Kenmore’s incorporation, served 12 years on the Arts of Kenmore board, and in several roles on the KHS board since 2008. She hopes to help KHS adopt an expanding role in Kenmore, to include the youth of the community.

Having a small-business retail sales background, including advertising and graphic design, gave me experience and skills useful for what became the final incorporation effort. I joined the team, worked hard, and cheered with the many volunteers when in September, 1997, incorporation was approved overwhelming by voters. Kenmore became a city the following year, some 97 years after a settlement named for a village in Scotland and a city in Ontario was founded around a new shingle mill next to the lake.

A surge of civic activism led to formation of two important civic organizations. The Arts of Kenmore organized the Kenmore Art Show, now in its 20th year, and the Kenmore Heritage Society launched a series of historic-preservation projects. Serving as photo editor for Kenmore by the Lake: A Community History inspired my growing interest in local history.

Please visit this site often to learn more about how Kenmore to to where it is today.

About this blog: In the coming months I will share with you some great stories spun from Kenmore by the Lake: A Community history about how Kenmore evolved from a rough, remote settlement on Lake Washington to a semi-rural bedroom community and finally to a thriving, exciting young city with a special hometown feel.