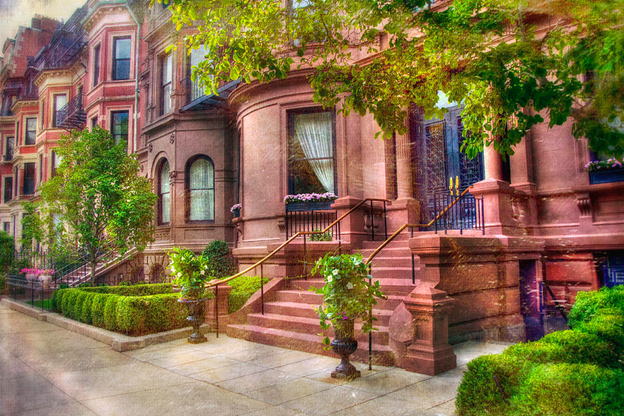 What is Missing Middle housing? 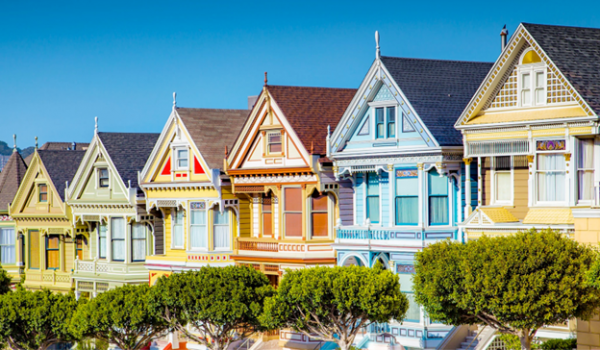 Have you ever strolled through Boston or San Francisco and noticed the quaint rowhouses standing side by side? In other areas there are bungalows, duplexes, and courtyard communities. Walking through such neighborhoods that feature a rich diversity of home types is interesting and enjoyable. In some areas, such diversity of architecture is a thing of the past, giving way instead to large apartment complexes on main thoroughfares and single-family homes in neighborhoods. All of these homes can be characterized as “missing middle” or “house-scale buildings with multiple units in walkable neighborhoods” (https://missingmiddlehousing .com/about). They are considered “missing” because these home types have dimished due to the single-family zoning that began in the mid-1940s. They are “middle” because they occupy a density designation between the high-rise apartment complex and the detached single-family home.

A Resurgence in “Missing Middle” Housing

Missing middle housing was common in the pre-WWII United States; however, new codes and single-family zoning caused its decline. Changing times have initiated a desire for a variety of housing choices. Opticos Design founder Daniel Parolek coined the phrase “missing middle” in 2010 as this time-honored housing type saw a resurgence and was re-introduced as a sustainable way to provide more affordability, more density, more housing choices, and more walkability to neighborhoods.

From seniors who want to downsize without leaving their neighborhood to millennials who seek walkability and neighborhoods close to transit, missing middle housing is desirable to an America that drives less than they did in the early 2000s and that wants to promote more sustainable living options.

You don’t have to go far to find pockets of missing middle housing here in the Northshore area. For example, Bothell’s downtown and the area immediately around it was platted and developed in the early to mid 1900s before these housing types were made illegal. Just a few blocks from Bothell City Hall, the Lower Maywood neighborhood provides a mix of single-family homes, duplexes, triplexes, quadplexes, townhomes, and courtyard apartments. This new duplex was built just this year in Bothell’s Lower Maywood neighborhood.

Even Kenmore has isolated pockets of middle housing, including a 1950s cottage court on 81st Avenue next to Moorlands Elementary and a set of duplexes on the south side of 150th Street between 78th Avenue and 81st Avenue. Missing middle was a natural housing trend of the past that has also become a solution for the future. 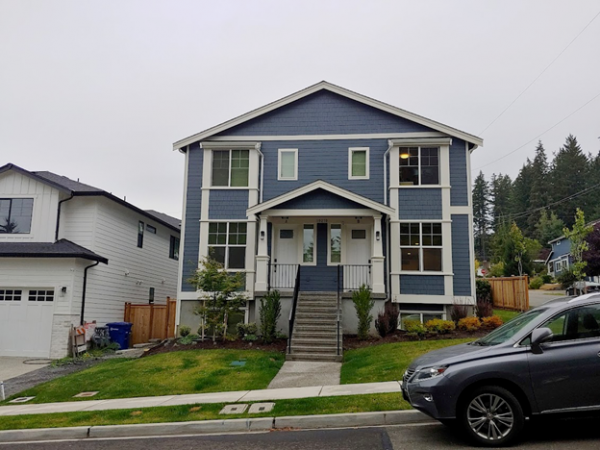 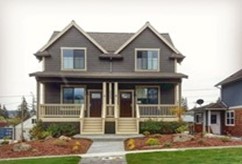 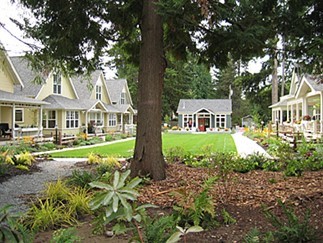 If you would like to learn more about missing middle housing and the steps the city of Kenmore is taking to encourage more building options, please check out: