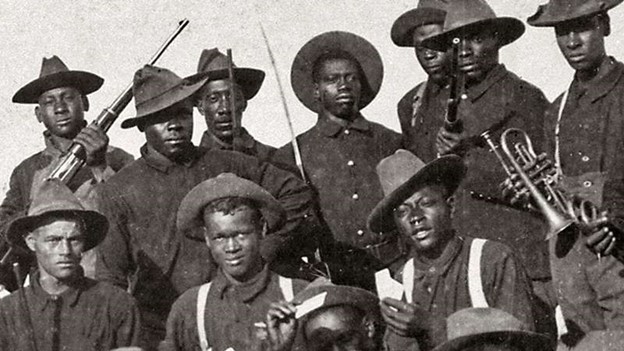 Where Did The Name “Buffalo Soldier ” Come From?

No one knows for certain why, but the soldiers of the all-Black 9th and 10th Cavalry Regiments were dubbed “buffalo soldiers” by the Native Americans they encountered.

One theory claims the nickname arose because the soldiers’ dark, curly hair resembled the fur of a buffalo. Another assumption is the soldiers fought so valiantly and fiercely that the Indians revered them as they did the mighty buffalo.

Assigned to the Western Frontier

After Congress passed legislation in 1866 that allowed African Americans to enlist in the country’s regular peacetime military, the all-Black 9th and 10th cavalries were formed, and later were consolidated with the 24th and 25th infantries. Those who made up these units included previously enslaved men, and were also drawn from the approximately 180,000 African Americans who had served in the Union Army during the Civil War. 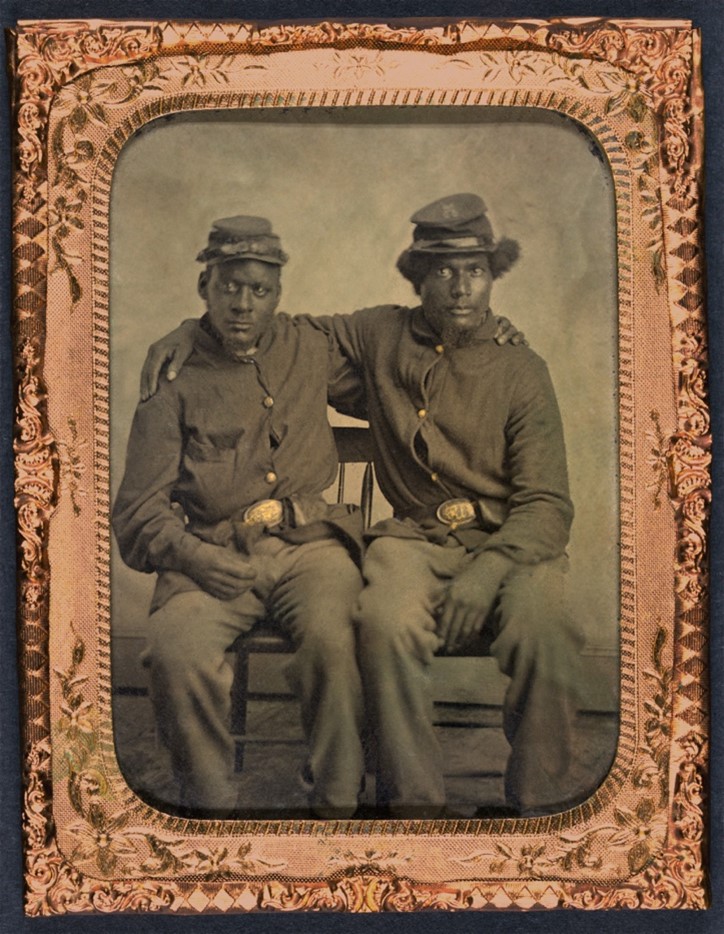 For more than two decades in the late 1800s, the 9th and 10th cavalries engaged in military campaigns against Native Americans on the Plains and across the Southwest during the so-called Indian Wars. A primary mission was to secure the road from San Antonio to El Paso and suppress opposition by Native Americans who were frustrated with life on reservations and broken promises by the federal government. The Black soldiers, facing their own forms of bias from the U.S. government, were tasked with controlling another minority group in that government’s name.

These Buffalo Soldiers also captured horse and cattle thieves, built roads, and protected the U.S. mail, stagecoaches, and wagon trains, all while contending with challenging terrain, inadequate supplies, and discrimination against their own members. As of the 1890s, the Buffalo Soldiers went on to fight in Cuba in the 1898 Spanish-American War and participate in General John J. Pershing’s 1916-1917 hunt for Mexican revolutionary Pancho Villa. 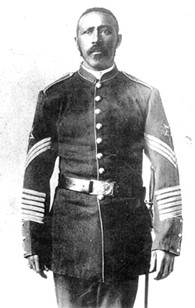 Beyond being assigned to military campaigns, Buffalo Soldiers also fought wildfires and poachers in Yosemite and Sequoia National Parks, supported the parks’ infrastructure, and acted as park rangers. Buffalo Soldiers had the lowest military desertion and court-martial rates of their time. Many won the Congressional Medal of Honor in recognition of combat valor above and beyond the call of duty.

In 1948, President Harry Truman issued an executive order eliminating racial segregation and discrimination in America’s armed forces and the last all-Black units were disbanded during the early 1950s. The nation’s oldest living Buffalo Soldier, Mark Matthews, died at age 111 in Washington, D.C., in 2005.

Today, visitors can learn more at the Buffalo Soldiers National Museum in Houston, Texas, a museum dedicated to the history of their military service. Bob Marley and The Wailers immortalized the group in the reggae song “Buffalo Soldier,” which highlighted the irony of formerly enslaved people and their descendants “stolen from Africa” taking land from Native Americans for white settlers. Marley linked their fight to a fight for survival, and recast it as a symbol of black resistance.