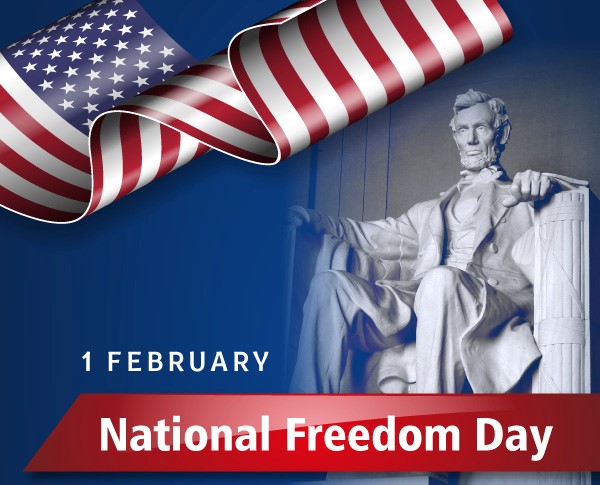 National Freedom Day, February 1, celebrates the signing by Abraham Lincoln of a joint House and Senate resolution that later became the 13th Amendment to the U.S. Constitution.

The 13th Amendment abolished slavery and involuntary servitude, except as punishment for a crime. President Lincoln signed the Amendment on February 1, 1865, although it was not ratified by the states until later.

The amendment was passed by Congress on January 31, 1865, and ratified by the required 27 of the then 36 states on December 6, 1865, and proclaimed on December 18. It was the first of the three Reconstruction Amendments adopted following the American Civil War.

Whereas, near the end of the tragic conflict between the Northern and Southern States, the Congress adopted a joint resolution proposing an amendment to the Constitution which would outlaw slavery in the United States and in every place subject to its jurisdiction; and

Whereas the resolution was signed by President Lincoln on February 1, 1865, and thereafter led to the adoption of the Thirteenth Amendment to the constitution; and

Whereas that Amendment is a corner stone in the foundation of our American traditions, and the signing of the resolution is a landmark in the Nation’s effort to fulfill the principles of freedom and justice proclaimed in the first ten amendments to the Constitution; and

Whereas, by a joint resolution approved June 30, 1948 (62 Stat. 1150), the Congress authorized the President to proclaim the first day of February of each year as National Freedom Day in commemoration of the signing of the resolution of February 1, 1865; and

Whereas the Government and people of the United States wholeheartedly support the Universal Declaration of Human Rights approved by the General Assembly of the United Nations on December 10, 1948, which declares that “recognition of the inherent dignity and of the equal and inalienable rights of all members of the human family is the foundation of freedom, justice and peace in the world”:

In Witness Whereof, I have hereunto set my hand and caused the Seal of the United States of America to be affixed.

Done at the City of Washington this 25th day of January in the year of our Lord nineteen hundred and forty-nine, and of the Independence of the United States of America the one hundred and seventy-third. 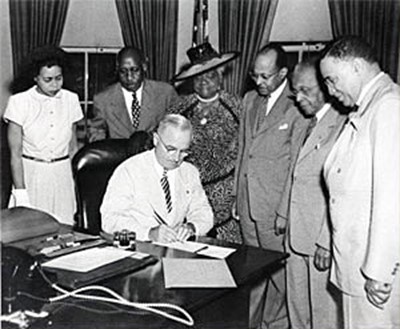