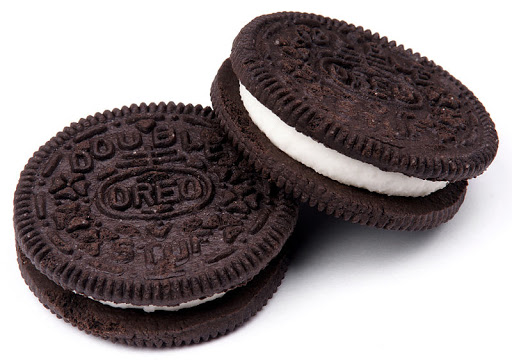 Need a reason this month to have a cookie?

The Oreo has been around since 1912 and was originally developed as a knock off for the Hydrox cookie that was manufactured by the Sunshine company starting in 1908. Oreos are now considered the best-selling cookies in the United States.

The National Biscuit Company, now known as Nabisco, first produced the Oreo at their factory in Chelsea, New York which is now the present-day Chelsea Market complex. That block on Ninth Avenue between 15th and 16th is commonly known as “Oreo Way”.
The first Oreos were sold to a grocer on March 6, 1912 in Hoboken, New Jersey and cost 25 cents a pound and sold in clear glass top novelty cannisters.

The name of the cookie has changed over time, it was originally named the Oreo Biscuit and then changed in 1921 to the Oreo Sandwich, 1948 to Oreo Crème Sandwich and then again in 1974 to Oreo Chocolate Sandwich Cookie which is still used today.

The face of the cookie has also transformed through the years, originally the design was a wreath around the edge of the cookie with the name OREO in the center. The current day design was developed in 1952 and incorporates the Nabisco logo.

As all cookie lovers know, there have been a variety of Oreos introduced including the Double Stuff in 1974, the Golden Oreo in 2004 and the Oreo Thin in 2015. Some interesting flavors of Oreos are sold internationally as well.

How do you eat your OREO?

No matter what flavor of Oreo you choose, the age-old question remains, “how do you eat your Oreo cookie”? Options can include: Twist them apart, eat the cream center first and then put the cookies back together; Twist them apart, eat the crème and cookie side first and then the cookie only side last or vice versa or just eat them whole. Then of course the debate comes into play regarding the milk, with or without, dunk or no dunk. The possibilities are endless!