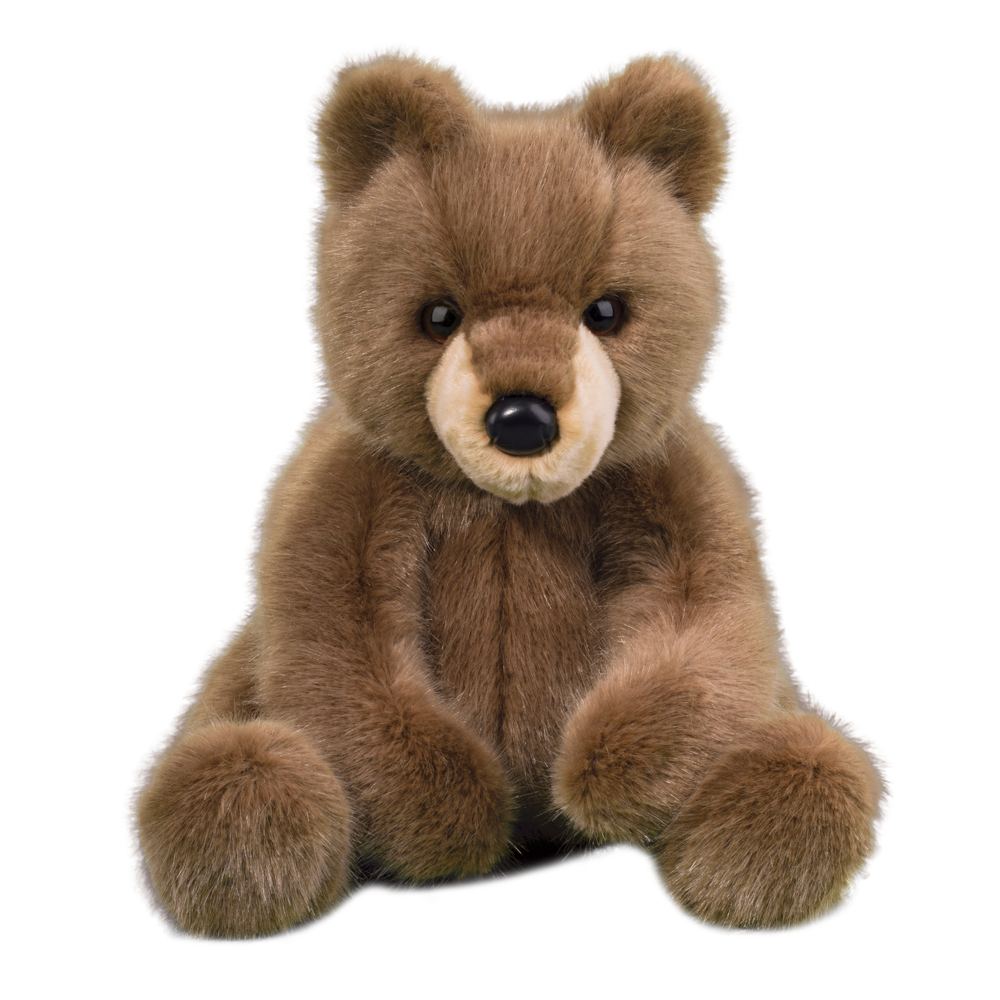 One of the Most Iconic Toys!

For many, favorite childhood memories would be incomplete if not accompanied by a special stuffed bear. Since its creation, the teddy bear has become one of the most iconic toys for children and a popular collector’s item for adults. To honor this common nursery friend, September 9th has been chosen as National Teddy Bear Day. Though many have owned a teddy bear at some point in their lifetime, some may not realize where our amiable stuffed companions got their name.

History of the Teddy Bear

In 1902, President Theodore Roosevelt went bear hunting. During the expedition, other hunters had injured and captured a small bear, tying it to a tree. Roosevelt refused to kill the bear saying it would be “unsportsmanlike.” As the story spread around the country, Clifford Berryman, a political cartoonist, read one of these articles and decided to satirize the president’s refusal to shoot the bear. His cartoon appeared in the Washington Post on November 16, 1902, and the caricature became an instant classic.

Morris Michtom, a Brooklyn candy shop owner, saw the cartoon and decided that he and his wife Rose would create plush, stuffed bears to place in the window of their shop. With permission from Roosevelt, he named them “Teddy’s Bear,” and mass production soon began. 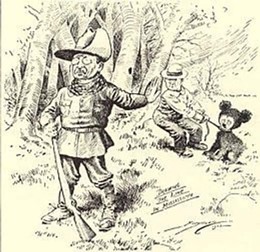 This cartoon by Clifford Berryman, published in a 1902 Washington Post, inspired the Teddy bear.

At about the same time teddy bears were becoming popular in the United States, a toy maker in Germany named Margarete Steiff also started making stuffed bears. Her nephew, Richard Steiff, designed the world’s first toy bear with jointed arms and legs. An American businessman visiting Germany saw the bears at a toy fair and placed an order for 3000 “Teddy Bears” to take back to America. The Steiff Toy Company still makes teddy bears today.

When Theodore Roosevelt left office as president, toymakers were afraid that their big moneymaker might no longer sell. They decided to design a new toy in honor of the new president, Ohio’s William Howard Taft. The story goes that in January 1909, the president-elect was honored at a banquet in Atlanta, Georgia. At Taft’s request, the main course was “possum and taters,” so local boosters presented him with a small plush possum. They dubbed it “Billy Possum.” Hoping that Billy would be the next big thing, toymakers churned out thousands of the stuffed toy. Unfortunately, it was a massive flop and the craze died by Christmastime. 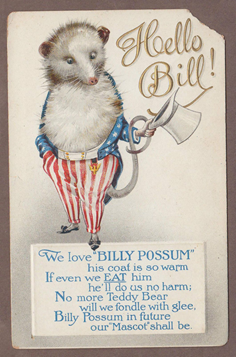 A Bear of Your Own

Though presidents may serve only eight years, love for the teddy bear has not waned for more than a hundred. Millions of these popular toys are sold each year. Don’t yet have a teddy bear of your own? Kenmore’s locally-owned Snapdoodle Toys located in the historic Schnitzelbank building on Bothell Way offers a wide variety of cuddly characters. You might just make a new friend on your next visit–though not likely a Billy Possum.