Kenmore was an early transportation hub 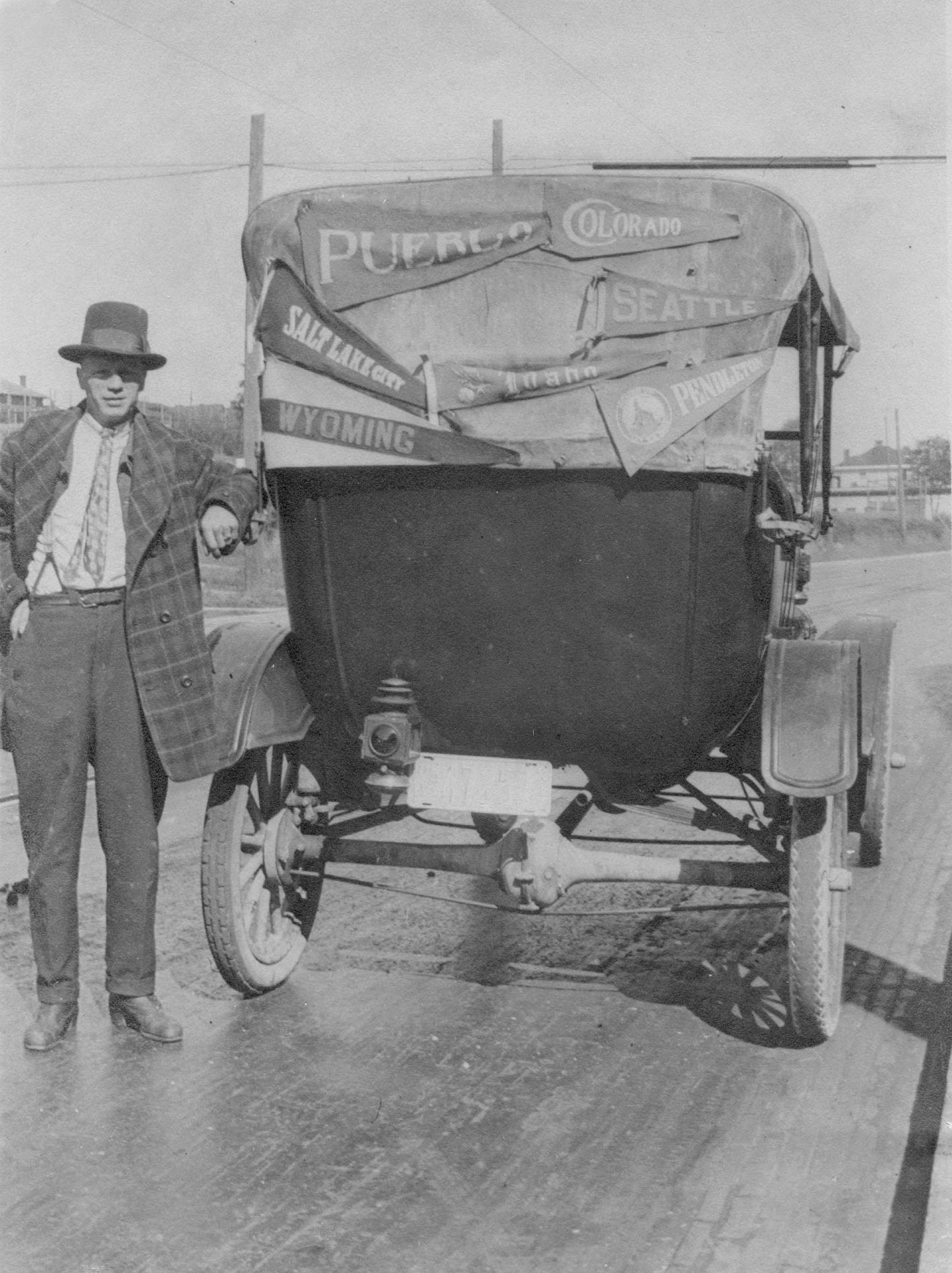 Bothell Auto Stage driver Casey Bannister stands beside his Winton motor bus near Swamp Creek. The stage line was founded by Elmer Ross after completion in 1913-14 of a brick road that became
Bothell Way. Previously, the land routes were rough trails and dirt roads that often became impassable during winter rains.